The aid, which came in the form of new weapons, was channeled via the Lebanese Army, which closely coordinates with the Hezbollah terrorist group, according to Afif. In addition, U.S. intelligence is being channeled to Hezbollah as well, according to Lebanese sources. This would explain how the terrorist organization was able to pinpoint its first UAV bombing so precisely against the Al Qaeda-linked Jabhat al-Nusra terrorist group, which is not associated with the Islamic State in Iraq and Syria (ISIS) terror group and which in fact currently is fighting against the organization. Al Qaeda has denounced ISIS as “too brutal.”


The assistance to Hezbollah, which appears on America’s list of foreign terrorist organizations, comes in stark contrast to the block placed by the Obama White House on a needed transfer to Israel of Hellfire missiles during this summer’s counter terror Operation Protective Shield in Gaza. The transfer of any weapons and other military hardware to Israel, even routine munitions requests, was temporarily blocked by the State Department and the White House, which required a double signature on any delivery. The hold was released following an intense protest against the action by Congressional leaders on both sides of the aisle. However, any form of American military aid – once a ‘given’ by Israel’s “closest friend and ally” – continues to be scrutinized by President Barack Obama and Secretary of State John Kerry; an unprecedented situation in relations between the two countries.

“We need to open up a new page with world media, with the Arabs and internationally,” Afif told NYT. Hezbollah chief Hassan Nasrallah has referred to the Islamic State in Iraq and Syria (ISIS) as a “monster.” He equated the battle with ISIS as “a battle of life and death no less important than fighting the Israeli enemy, as [its] actions and objectives only serve Israel.”

Afif, meanwhile, has blamed the United States for creating ISIS in the first place by supporting opposition forces in their fight against Syrian President Bashar al-Assad, whom Hezbollah supports with guerrilla fighters. “This beast you which you raised up, as in past cases, you find it’s dangerous for you,” he commented in the report.

While U.S. President Barack Obama has talked about starting air strikes against ISIS in Syria as well as in Iraq – where American attacks have been taking place for several weeks – he has yet to carry out the threat. Both Russia and Iran, which generously supports both Syria and Hezbollah, have warned the U.S. not to venture into Syrian air space without permission from Assad. Since the U.S. has been arming rebels to oppose him, such authorization is unlikely. 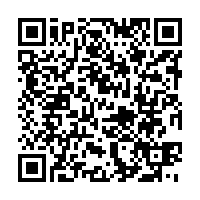