Two out of the four MKs of the right-wing, pro-settlement National Union, Michael Ben Ari and Aryeh Eldad may resign from their lame-duck seats and run on an independent list which would constitute the most right-wing party in the Knesset.


Ben Ari says he is “in full coordination with MK Aryeh Eldad. There is a plan to run together and unite with those who aligns with the ideological line” of maintaining Jewish ownership of the entire Land of Israel (Shleimut ha’aretz).

Ben Ari attacked his own current party and noted that in today’s reality “they know that the brand ‘Ben Ari’ is worth more than the two or three votes that each one of them would bring. Wherever I go, I take with me my 40-50 thousand votes. This is why they have to have me inside, but they want me at the tail end, so they throw me down to the 8th ot 9th spot? Why, am I their tail to wag with? My ideology is not good enough to be uttered on the leadership level of such a united list? Then my answer is an unequivocal no.”

“We will announce our independent run, and will provide the public with the details,” MK Ben Ari proclaimed, adding: “It Should be noted that my running separately will add to our power among audiences they have never reached.”

Ben Ari and right-wing activist Baruch Marzel are hoping to attract MK Aryeh Eldad to join them in their new, independent party. The National Union, with 4 MKs, is comprised of three separate parties, one of which does not have an MK.

Meanwhile, National Union chairman Yaakov “Ketzaleh” Katz has been trying to persuade—by some accounts, or strong arm—by others, his potential partners and their voters at the Jewish Home party, heir of the historic National Religious Party (NRP), to stay away in their primary vote from one of the candidates for party chairman, MK Zevulun Orlev.

In an interview Ketzale gave the magazine BeSheva (which is owned by his political base in the town of Beit El), the National Union chair said “Zevulun Orlev did not allow the uniting of our two parties for three years now, despite dozens of conversations we conducted with him. He prevented the move, and even when MK Orbach (current chair of Jewish Home) signed a partnership with us, he did so over Orlev’s objection. Science Minister Daniel Hershkowitz was ready for signing, as was Naftali Bennett, who has actually signed a joint document.”

MK Katz pointed out that virtually every National Religious voter favors a united list for the coming elections, but because of MK Orlev their wishes have been quashed.

“If we had been united since three years ago, today we could have been in the midst of a great movement forward, which would have been joined by a large group of voters.”

MK Orlev’s circle accused Katz of trying to influence the democratic process in Jewish Home, which is holding its primaries in November. Chairman of the census committee of Religious Zionist voters, Rabbi Danny Trooper, was also critical of MK Katz.

Rabbi Tropper told the website Srugim that “Ketzale is committing gross and improper interference in the affairs of another party, which is conducting a democratic process” that is already showing results in a bump to 5 projected seats in the polls published today and yesterday, “while the National Union, which refused to participate in the primaries for the leadership of Religious Zionism, has been weakened to the brink of barely getting past the two-seat threshold.” 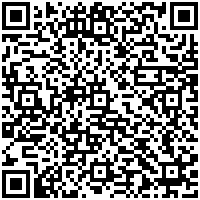