Jewish Home party chairperson Ayelet Shaked has been credited with burying the far-left Meretz party, even though her own did not manage to cross the electoral threshold either. She has denied the report.

Speaking to reporters ahead of the elections earlier this week, Shaked said that her party would run “to the end” and then added, “Our run is strategic, and after the elections you will understand why.”

Likud MK Yoav Kish told Amalya Duek, senior economic correspondent and anchor at Israel’s Channel 12 News, “I know that Shaked intended to retire, and there was a discussion with the Likud [about it].

“We said, ‘You coordinate with the Likud, and we will forgive your past actions.’ A decision was made that she would continue to run to the end, and she did the right thing,” Kish told the journalist.

Channel 12’s diplomatic correspondent Amit Segal likewise reported in a post on Telegram, “Do you remember the clash on Twitter between [Meretz chairperson Zehava] Galon and Shaked?

“So Shaked, with her run in coordination with the Likud this past week, apparently has brought down Meretz and raised the right-wing bloc by three seats,” Segal wrote.

Shaked has denied the claim, however.

The Jewish Home MK said in a statement that the decision to run until the end was hers alone, “based on the belief that the voice of the Jewish Home was an important one that must be expressed.”

She added, however, that she discussed the plan with Likud MK Yariv Levin, who told her Likud would not be negatively affected by the decision.

Following the election and first reports of the exit polls indicating a Likud win, Shaked said in a statement to reporters outside her home that if the exit polls were correct, she wanted to congratulate Benjamin Netanyahu on his achievement, and the entire right-wing bloc.

“I hope they form a stable government quickly,” she said. “We went with our truth and with our ideology. We were a home to 80,000 voters who would not have gone out to vote otherwise, and I am very proud of that.” 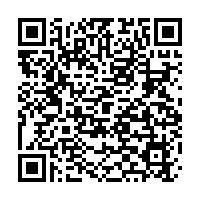