Rivlin has played the part of President to the extent that he seems to have lost his balance as a representative of Israel. Politically, he has silenced the peace process mirage promoted by his predecessor Shimon Peres, but either through ignorance or naïveté he is being exploited by American liberal Jews.


President Rivlin is secular. As President, he has to show affection for all Jews, but his appearance at the White House Hanukkah party last week left him in a position of identifying with “pro-Israeli” agendas whose focus is on the rights of homosexuals, rights of illegal Bedouin squatters and the end of the “occupation.”

That is exactly what President Obama wanted. He has done everything possible to make J Street appear mainstream, has opened the White House to the anti-IDF Breaking the Silence movement, and gave American liberal Jews the perfect propaganda tool by inviting them along with President Rivlin.

When speakers from T’ruah, the Rabbinic Call for Human Rights organization, pandered President Obama’s agenda at the Hanukkah party, Rivlin was standing next to them and joined in the applause. Whether he did so willingly or out of protocol, his ear-to-ear grin and hand-clapping was the perfect photo-op for the White House and for T’ruah to use to tell American Jews that being Jewish in America means being more Catholic than the Pope..

T’ruah was affiliated with the Rabbis for Human Rights in Israel from 2002 until 2013, when for whatever reason, it broke away to be independent.

Here are some of T’ruah’s “accomplishments” that it claims and which demonstrate an agenda that tries to turn Israel into a non-Jewish state and tries to profane Judaism by making it into some sort of John Lennon-like universalism.

Urging  the Jewish National Fund to issue a public statement that they will no longer engage in property transfers and evictions in eastern Jerusalem, Judea and Samaria.

Urging the Israeli Knesset to reconsider the ‘Bill on the Arrangement of Bedouin Settlement in the Negev, which they said could dispossess 30,000-40,000 Bedouin. [They are illegal squatters who are euphemistically called ‘unrecognized.’- TBG]

Halting the eviction of a Palestinian family from East Jerusalem by mobilizing more than 1,600 American Jews to write to the Jewish National Fund, whose subsidiary had gone to court to evict the family and intended to turn over the home to extremist Jewish settlers. [The settlers paid cash for Arab homes, many of them the former property of Jews who were forced to flee because of Arab pogroms under the British Mandate- TBG].

Organizing a Refugee Seder outside of the Israeli Embassy in Washington, DC, in concert with Seders in Tel Aviv and outside the Holot Detention Center, to bring public attention to the ‘plight’ of African asylum seekers in Israel. [Israel has determined that a majority are not seeking asylum but simply are looking for a better standard of living- TBG].

Other “accomplishments’ Include: “Partnering with Our Muslim Neighbors: Standing up to bigotry against our Muslim neighbors. When an anti-Muslim activist placed ads in the New York and DC subway systems suggesting that support for Israel requires viewing Muslims as ‘savages,’ we were the only Jewish organization to respond with ads of our own. These ads invited riders to ‘choose love’ and made clear that the Jewish community does not support the dehumanization of Muslims in our name.

“Training the rabbis and cantors of the future: The Year-in-Israel program introduces future rabbis and cantors spending the year in Jerusalem to Palestinians, African Asylum seekers, Bedouin, and Israeli human rights leaders. We help students to reflect on how to bring these issues into their rabbinic leadership. [No mention is made of introducing them to Orthodox rabbis- TBG]. 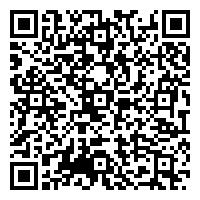