Israel’s Ministry of Agriculture and Rural Development has launched a campaign to raise public consciousness regarding the ancient Jewish custom of Kapparot on the Days of Awe between Rosh Hashanah and Yom Kippur, encouraging people to redeem themselves with money instead of chickens.

On a weekday before Yom Kippur, many Jews take a rooster or a chicken (depending on one’s sex), recite two biblical passages — Psalms 107:17-20 and Job 33:23-24 — and swing the bird, which one is holding by its feet, over one’s head three times while reciting a short prayer three times. The recitation is: “This is my exchange, this is my substitute, this is my atonement. This rooster (hen) will go to its death, while I will enter and proceed to a good long life and to peace.”


After the Kapparot ritual is concluded, the rooster is slaughtered given to charity, preferably for the meal before the Yom Kippur fast.

The Agriculture Ministry suggests the ritual is causing the birds needless suffering, which, incidentally, is against Jewish Law. Also, the presence of hundreds of chickens in and out of their cages in the middle of towns and villages may lead to the spread of disease. And so, the ministry would much prefer that faithful Jews donate their money to charity rather than do it with chickens.

For those Jews in Israel who insist on using chickens, the ministry has issued guidelines to regulate the distribution and slaughtering of the birds in locations outside the supervised abattoirs. The guidelines are intended to prevent the spread of disease, as well as minimize animal suffering. 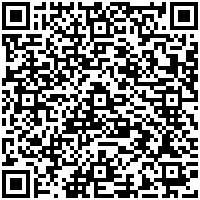