Hackers working from deep inside Mother Russia – with at least some level of government approval, according to a report by The Washington Times – were behind a massive cyber attack on the United States-based JP Morgan Chase Bank this past July.

More than 83 million accounts were compromised – names, addresses, phone numbers and contact information — on more than 90 servers that were accessed. More than seven million small businesses were compromised.


According to a report in The New York Times, the hackers were able to steal “a list of every application and program deployed on standard JP Morgan computers that hackers can cross check with known, or new, vulnerabilities in each system in a search for a backdoor entry.”

All accounts that were compromised were disabled and employee passwords were reset. Customers were told they would not need to change their account information or passwords, and Chase Bank said it would not hold customers liable for unauthorized transactions, according to Associated Press.

Intelligence agencies, the Secret Service and the Treasury all worked together with JP Morgan Chase to lock out the hackers, but it took until August until they were able to do so, the Times reported. 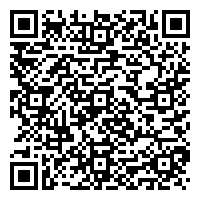