The teacher, Ilya Farber, was released Friday from the Tver correctional prison after serving three years of a 7-year sentence for accepting $13,000 in bribes.


“The campaign to resolve the issue of [political] prisoners just got another devoted activist,” Farber, 40, told RIA Novosti after his release.

Farber, who took money from a contractor in need of Farber’s signature, has denied any wrongdoing and claims he was set up. He was initially convicted in 2011 and sentenced to nine years. He was retried in 2012 amid claims that his prosecutor made anti-Semitic comments in court. The retrial resulted in a seven-year sentence.

Protests did not abate and opposition figures and Russian Jewish leaders said the case was typical of miscarriages of justice under President Vladimir Putin.

The prosecution petitioned the court to reduce Farber’s sentence in September, days after Putin told a television network that the sentence was “egregious.”

Matvey Chlenov, deputy executive director of the Russian Jewish Congress, told JTA that while his organization was pleased to see Farber set free, the trial also showed that “the old prejudices are very much alive.”

He added that Farber’s first trial “demonstrated that idealism by a Jewish person is still perceived with hostility and mistrust by the local population” and that this “created a profound outcry and mobilization among the Jewish community of Russia.”

Witnesses said they heard the prosecutor ask the jury during the first trial: “Is it possible for a person with the last name Farber to help a village for free?” The statement was interpreted as referring to the fact that Farber is Jewish. 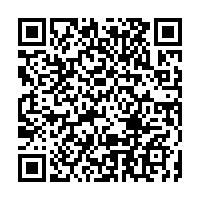