Israel published tenders for 600 new homes in East Jerusalem and 801 in Judea and Samaria settlements.


European leaders and the United States had urged Israeli Prime Minister Benjamin Netanyahu not to move forward at all with new building, saying it would impede the peace process.

Some 600 units will be in the eastern Jerusalem neighborhood of Ramat Shlomo near Ramot, Har HaHotzvim and Shuafat neighborhoods.

The announcement in March 2010 of of plans for the Ramat Shlomo homes during a visit by U.S. Vice President Joseph Biden led to a period of tension between the Obama and Netanyahu governments.

Finance Minister Yair Lapid of the centrist Yesh Atid Party said his party “will do everything to make sure these plans stay a bad and unrealized idea,” according to Army Radio. He added: “These are not building tenders, but empty building statements.”

The Ministry of Construction and Housing also published tenders for 801 new homes in West Bank settlements, including 227 units in Efrat, 78 in Alfei Menashe, 86 in Karnei Shomron, 40 in Ariel, 75 in Geva Binyamin (Adam), 24 in Beitar Illit, 102 in Emmanuel and 169 in Eliana.

The ministry also republished tenders for 532 homes in the eastern Jerusalem neighborhoods of Pisgat Ze’ev (182), Ramot (294) and Neveh Yaakov (56). 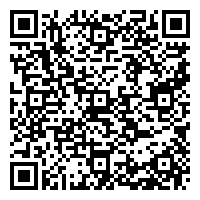