The three members of William Schabas’s UN team, mandated to investigate Israel for daring to defend itself against Hamas terrorism this past summer have not been allowed into Israel. Their entry visas have been denied, and they are currently sitting on their thumbs in Jordan since the beginning of the week.

Furthermore, Israel has declared it will not cooperate with their openly hostile UN investigation against Israel.


Israel’s Foreign Ministry officials believe the conclusions of the report have already been decided.

Schabas’s investigative committee is being likened to its predecessor, the Goldstone report, which resulted in such a skewed, factually incorrect, and anti-Israel report that even Richard Goldstone, the fact-finding mission’s head eventually renounced it, and admitted the “original mandate [for the investigation] adopted by the Human Rights Council… was skewed against Israel”.

The Schabas team needs to enter Israel if it is to get into Gaza.

Due to Hamas and Gaza’s alleged connections to the string of Sinai terror attacks against Egypt, Egypt has shut down all passage into Gaza from the Sinai.

Perhaps they’ll blame that on Israel too. 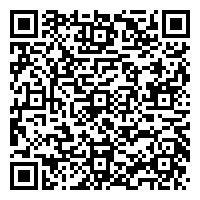