(JNi.media) This month, Oregon State University has announced that its researchers have discovered seaweed that tastes like bacon. It’s a new strain of a “succulent red marine algae” that goes by the name of dulse (Palmaria palmata, also called dillisk or dilsk, red dulse, sea lettuce flakes, or creathnach), which grows extremely fast is full of protein, and when it’s cooked, it tastes like bacon.


The Talmud (Chulin 109b) cites a discussion between Rav Nachman and his wife, Yalta, in which the latter says that the brain of a certain carp tastes like pig’s meat. Indeed, in several places the Talmud asserts that for every non-kosher food there exists a kosher alternative that tastes just like it.

According to OSU, dulse grows in the wild along the ocean coastlines, and sold for as much as $90 a pound dry, as a nutritional supplement. Now researcher Chris Langdon and his colleagues at OSU’s Hatfield Marine Science Center have created and patented a strain of dulse that looks like “translucent red lettuce,” and is an excellent source of protein, minerals, vitamins and antioxidants.

At one point, Chuck Toombs, a faculty member in OSU’s College of Business, stopped by Langdon’s office and saw the dulse growing in bubbling containers. He could tell a buried treasure when he saw it.

“Dulse is a super-food, with twice the nutritional value of kale,” Toombs said. “And OSU had developed this variety that can be farmed, with the potential for a new industry for Oregon.”

Several Portland-area chefs are now testing the dulse as a fresh product in raw and cooked form, as well as a food ingredient. 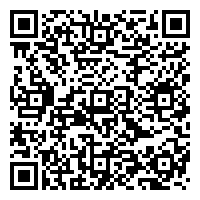