(JNi.media) In a few months, the EU will enact its plan to label products made in the Jewish towns and villages of Judea, Samaria and east Jerusalem, the Financial Times reported Sunday.

Apparently, over the past three years, the European Commission has delayed issuing proper technical guidelines on the labeling of the Jewish-produced goods, fearing that the move would “backfire” over in Israel.


But now, according to the report, the EU has decided to put aside pressing issues such as the collapsing economies of Greece, the Ukraine, Spain and Portugal, and focus its efforts on issuing a directive which Brussels “insists is a purely administrative document.”

David Walzer, Israel’s ambassador to the EU, described the initiative as “a European attempt to politically pressure Israel on the Israeli-Palestinian conflict by using economic means of questionable legality.”

Walzer argued the labels are an attempt by “to de facto determine the boundaries of Israel while it is up to the parties involved to decide,” and warned that “nothing good or constructive can come out of going down that road.”

But the EU foreign ministers, slated to meet in Brussels on Monday, are planning to reemphasize their decision to start “full and effective” labeling of goods from Jewish settlements. This is in accord with a letter signed in April by 16 foreign ministers, including France and the UK, telling EU foreign policy chief Federica Mogherini to make clear that products from Jewish settlements are illegal.

The EU has prepared measures making it possible to track postal codes, to make sure goods shipped from Jewish settlements do not enjoy duty-free status under the EU free-trade agreement with Israel.

An examination of the 2013 guidelines, proposed when Catherine Ashton was the EU foreign policy chief, reveals several loopholes, which could enable Jewish residents of Judea and Samaria to continue doing business in Europe as before.

The guidelines prohibit dealing with Jewish businesses which have branches both in Israel and in Judea and Samaria. However, it should be possible for post-1967 Jewish settlers to sell their goods unlabeled to a pre-1967 Israeli exporter, who will then be able to sell them as compliant with EU guidelines.

The drawback here would be NGOs like B’Tselem and Peace Now, which will report on Jews trying to export their goods this way.

However, because the guidelines do not prohibit EU support awarded to Palestinian entities or to their activities in the territories, a Jewish enterprise in post-1967 Israel could create partnerships, fictitious and/or real with Arab businesses, to sell their goods.

Jewish products from Judea and Samaria could also invest in a campaign to gain consumer interest, labeling the goods excessively as coming from the settlements, for consumers with a penchant for exotic products. 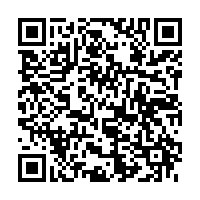