“As negotiations progress, we expect your administration will continue to keep Congress regularly apprised of the details,” said the letter, spearheaded by Sen. Carl Levin (D-Mich.), the chairman of the Senate Armed Services Committee.


Levin’s letter sent March 22 is a word for word replica of a letter sent last week by an overwhelming number of members of the U.S. House of Representatives, initiated by Reps. Eric Cantor (R-Va.), the House majority leader, and Steny Hoyer (D-Md.), House minority whip.

Levin had circulated the Cantor-Hoyer letter, saying he preferred it to another letter initiated by Sens. Robert Menendez (D-N.J.), the chairman of the Senate Foreign Relations Committee, and Lindsey Graham (R-S.C.).

The Menendez-Graham letter, backed by the American Israel Public Affairs Committee, garnered signatures from 83 senators of both parties, out of the body’s 100 members, and was sent last week.

Levin did not explain why he preferred the Cantor-Hoyer language in his cover letter seeking signatories, but that letter was considerably softer in tone than the Menendez-Graham letter.

The Menendez-Graham letter more definitively described outcomes of the Iran negotiations that “must” be in place while the Cantor-Hoyer and Levin letters instead were “hopeful” of such outcomes. The Cantor-Hoyer and Levin letters were also closer to the position of the Obama administration, explicitly saying that its signatories “do not seek to deny Iran a peaceful nuclear program.”

Israeli Prime Minister Benjamin Netanyahu and a number of Republicans in Congress say that any deal must end uranium enrichment altogether; Obama administration officials have said that a limited degree of enrichment is the likely outcome of any deal.

The Menendez-Graham letter does not explicitly count out an enrichment capability for Iran, nor does it mention it.

The Senate letter suggests that the body could soon reconsider new sanctions on Iran, a bid also backed by AIPAC that the Obama administration deflected earlier this year.

Of the Levin letter’s 23 signatories, 19 also signed the Menendez-Graham letter, and four were Jewish: Levin, Sen. Ron Wyden (D-Ore.), Sen. Al Franken (D-Minn.) and Sen. Ben Cardin (D-Md.). AIPAC backed the Cantor-Hoyer letter in the House, but did not back Levin’s version in the Senate. 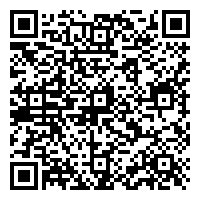