The Senior Affordable Housing Initiative project of the Jewish Agency for Israel has been awarded a $5 million grant from the New Jersey-based Wilf Family Foundation.

The gift is being added to a total of more than $27 million that has been raised from a list of other major donors to build some 3,000 affordable housing units on 17 sites in nine cities across Israel.

Israel’s government has promised to fund half of the construction costs of the project, and will also subsidize 85 percent of the market rate of the tenants’ rent for the next 20 years.

Amigur serves as the developer and manager on behalf of the Jewish Agency for the project. The Israeli sheltered housing firm operates 6,000 units in 57 buildings around the country.

“We are gratified that The Wilf Family Foundation is granting this generous and crucial support to assist some of Israel’s most vulnerable citizens,” said Joshua Fogelson, CEO of Jewish Agency International Development. “In addition to providing a lifeline for an at-risk population sector, increased access to affordable housing for seniors will contribute to the creation of a more equitable, inclusive and vibrant Israeli society as a whole.” 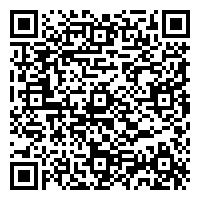