A car was heavily damaged Sunday night (Nov. 13) after Israeli drivers came under attack by Arab terrorists from the Palestinian Authority while traveling in Judea near Kiryat Arba.

The attackers hurled large rocks — possibly boulders or cinder blocks — at Israeli motorists as they drove between Kiryat Arba and the Arab village of Beit Anoun.


One of the vehicles was unable to dodge the projectiles, and was badly damaged in the attack.

It’s not clear what happened to the driver and any other occupants of the vehicle.

Local sources warned that terrorists had begun to place boulders on the road in order to block and trap Jewish drivers, who then become easy prey for the attackers.

“Stoning attacks are continuing on the road between Kiryat Arba and Beit Anoun, as well as in the direction of Ofer, with terrorists using rocks to block the road,” the Hatzolah of Etzion emergency response organization warned shortly after 9 pm Sunday night.

At least five cars were attacked by a group of nearly a dozen terrorists, according to the organization. One heavily damaged vehicle reached the Jewish community of Adora, “and by a miracle the driver and passengers were not physically harmed,” Hatzolah of Etzion reported.

IDF and other security forces were deployed to the site and subsequently arrested at least two of the perpetrators after having caught the attackers “red-handed” in the act of throwing rocks at motorists traveling on the road. 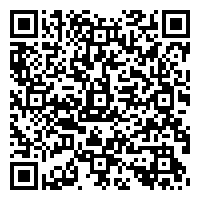