Seven decades after the Nazis liquidated the Lodz Ghetto and sent its remaining Jews to Auschwitz, the Jerusalem-based nonprofit Shavei Israel organization will join in partnership with the Lodz Jewish community next month to open the first Jewish kindergarten in the Polish city since World War II.

“There is a growing Jewish community in Lodz, as well as many Poles with Jewish roots who are becoming more and more interested in reconnecting with their heritage,” said Shavei Israel Chairman Michael Freund.

“In looking for ways to strengthen Jewish life, we realized it is crucial to invest in the next generation of Jews and to provide them with a well-rounded Jewish education.”

The city was historically home to one of Poland’s most vibrant Jewish communities – and one of the largest ghettos during the Holocaust – but Jewish life all but disappeared from Lodz in 1944, Freund noted.

“Not only will this kindergarten provide an essential community service, but it will also serve as a symbol of Jewish revival in Lodz. The fact that Jewish children in Lodz will be singing Sabbath songs, learning about the Patriarchs and celebrating the festivals is perhaps the best possible revenge for what was done to our people there during the dark days of the Holocaust.”

The Gan Matanel kindergarten at 18 Pomorska Street will be run by Shavei Israel’s emissary to Lodz, David Szychowscy, and his wife, Miriam Szychowsca. Ten children have already been registered for the coming academic year, Freund said.

“It is so emotional for us to be a part of the renewal of Jewish life here in Lodz, especially considering all that the Jewish community went through during World War II – and the total lack of Jewish education for decades,” said Szychowsca, whose own children will attend Gan Matanel starting next month.

“We are truly proud that our own children will be among the first Jewish kindergarten class in Lodz in nearly 50 years.”

The last post-war Jewish school in Lodz – the I.L. Peretz school – was forced to close down in 1968 due to Communist repression.

Prior to the outbreak of World War II, Poland was home to more than three million Jews. Lodz, located in central Poland, held one of the largest Jewish communities in Europe, second only to Warsaw. In January 1945, when the Lodz ghetto was liberated by the Soviets, only 877 Jews remained from the more than 245,000 who had been incarcerated there.

There are approximately 4,000 Jews officially registered as still living in Poland, but experts suggest there may be tens of thousands of other Poles with Jewish roots who, to this day, are either hiding their identities or are unaware of their Jewish heritage.

That’s It, School is (Mostly) Over in Israel 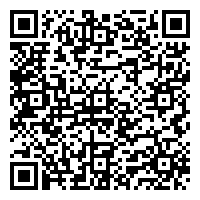