Egypt has come up with a creative way to infuse new life into its battered economy and improve the nutritional base of its population, all while securing its border with Gaza.

Remember that huge, kilometer-long trench that Egyptian security personnel were creating along the Egyptian-Gaza border – 10 meters wide, 20 meters deep – outside of Rafah city?


(This is the trench that cost the Egyptian government a few million dollars in reparation funds to the thousands of local residents whose homes were demolished to make way for the “security buffer zone” that was being created at the time.)

That “trench” may soon be filled with seawater from the Mediterranean, according to sources who spoke with the Bethlehem-based Ma’an news agency. Engineers are allegedly already preparing the pumps and pipelines for a fish farming project.

The claims could not be confirmed, however, Ma’an said.

Egyptian officials have considered using water in the past to destroy terrorist smuggling tunnels reaching under the border from Gaza. 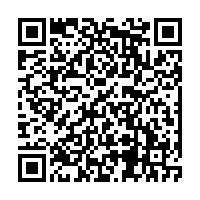