The Shomron Settlers Committee has warned the far-left Meretz party that support for labeling settlers’ product as “Made in West Bank” could lead to mass unemployment among Palestinian Authority Arabs.

The letter, which also was sent to TheJewishPress.com, urged Meretz leader Zehava Gal-On to drop her support for her proposal to legislate the “West Bank” label if she does not want to see Jewish employers fire Arabs.


Her proposal is a copy of the Boycott Israel campaign in the European Union.

“Your actions could cause chaos in the economy. It is not reasonable that radical leftists always harm settlers’ ability to make a living. This letter serves as a red light to anyone who tries to harm settlements and Israeli citizens.

Fifteen businessmen signed the letter anonymously in order not to endanger sales to foreign buyers.

The letter made little positive impressing on Gal-On, called it an “act of terrorism,” “blackmail” and an effort turn Arab workers into “hostages.”

So who is calling the kettle black?

When Meretz calls for boycotting settlers, that is not an act of terrorism, by her definition?

And does she also want to boycott all Jewish-owned businesses in Judea and Samaria, such as Rami Levi supermarkets. which where thousands of Arabs shop and which provides work for hundreds of Arabs? 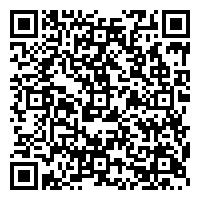