For the past four years, Tel Aviv based civil rights center Shurat HaDin has been warning that funds provided to Gaza by the world’s largest evangelical charity World Vision were being utilized for terrorism, the organization said in a statement Thursday, following the indictment by Israel of Mohammed El Halabi, a Hamas terrorist and senior WV employee who is accused of transferring as much as $50 million in charity funds to support Hamas terrorist activities.

In 2015, Shurat HaDin again cautioned the Australian government that WV was operating as an active arm of the PFLP and other terror groups. WV chief executive Tim Costello vehemently denied the charges and claimed that WV had “no interest in supporting terrorism.”

However, as of this week, Shurat HaDin’s warnings against WVA have been proven true. Israel’s internal security service has arrested a senior employee of World Vision ver the course of several years, to Palestinian terror organization Hamas.

According to Shurat HaDin President Nitsana Darshan-Leitner, “for years we have been warning that WV is funding Palestinian terror groups in Gaza. WV has repeatedly denied our charges and refused to seriously investigate where its funds are going. They assured us that the organizations they fund had been vetted and were not engaged in terrorism. Who knows how many of Hamas’s missiles and stabbing attacks were funded by WV after they were put on notice that theey were financing Palestinian terror. The assistance to Gaza by foreign aid organizations is directly responsible for the murder of scores of Jews in Israel.” 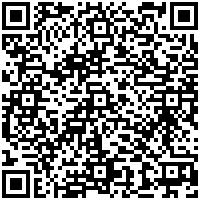