There are enemies, and then there’s that stubborn Jewish heart that always hopes.

Hope usually rules at the Erez crossing, where Gaza Arabs are allowed to enter Israel from Gaza for special medical care.


Journalists were told Monday that the sister of deputy Hamas leader Moussa Abu Marzouk has been one of those crossing through in recent days.

Halamiya Shecata, age 60, is currently in critical condition at an Israeli hospital where she has been treated several times before for her cancer, military sources said.

For years, the Coordinator of Government Activities in the Territories (COGAT) has allowed Palestinian Authority Arabs from Gaza, Judea and Samaria to enter Israel for humanitarian and medical reasons. Each week a list of those with special needs is approved after review of each individual case.

Family connections do not apply, claims the COGAT in speaking with media.

Perhaps, but a rocket launch by Gaza terrorists that sent the projectile flying into the Eshkol Regional Council district Friday night prompted the IDF to close Erez and the Kerem Shalom crossing “until further notice.”

Marzouk, who was educated at two American universities, knew enough not to mention the numerous rocket launches since late August that fell short — in Gaza or in the Mediterranean — and preceded Friday night’s landing in Eshkol.

He also adroitly avoided reminding the reporters that Tel Aviv’s Ichilov Hospital recently treated the daughter of Hamas de facto Prime Minister Ismail Haniyeh. The Gaza ruler’s mother-in-law was also treated in Israel — at a Jerusalem hospital – this past June.

Hope springeth eternal in the Jewish heart that perhaps enough compassion will someday heal the rage. Not likely — but it’s always worth a shot (forgive the pun.) 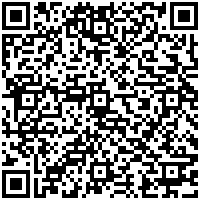