Five mortar attacks were aimed at IDF forces near the Gaza border on Wednesday.

A mortar shell was fired Wednesday morning at an IDF force operating near the southern border of Gaza, according to the IDF Spokesperson’s Unit.


Several hours later another force reported a blast nearby.

Shortly before 3 p.m. a similar mortar attack was reported by an IDF force near Nahal Oz, along the northern Gaza border.

A fourth attack was launched at IDF forces later in the afternoon, after a joint statement by Hamas and the Palestinian Islamic Jihad terrorist organization was released claiming responsibility for all of the attacks.

IDF soldiers returned tank fire at the source, several outposts of the Hamas and Palestinian Islamic Jihad terror organizations. One of the outposts was destroyed completely by IDF tank fire. All were located in the Shujaya neighborhood of Gaza City, the site of one of the toughest battles during the counter terror war of 2014, Operation Protective Edge.

A fifth mortar shell was fired at southern Israel on Wednesday evening, at around 7 pm. No injuries were reported in the attack.

The IDF declared the area around the Gaza Belt community of Nahal Oz to be a closed military zone, and officially launched a search for terror attack tunnels throughout the area and particularly near the security fence along the Gaza border.

Hamas has sent its senior commanders into hiding, a move made each time there is an escalation in tensions with Israel.

The exchange brings the total to five shooting incidents within 24 hours.

On Tuesday, just a few hours after Prime Minister Benjamin Netanyahu visited troops in the area, terrorists opened fire at IDF soldiers and vehicles from the Engineering Corps working on the security fence along the northern Gaza border.

No soldiers were injured in the attack but at least one IDF vehicle was damaged. This attack also emanated from Shujaya.

No casualties were reported in any of the four attacks. However, it is important to note this is one of the most serious cross-border escalations by Gaza terrorists since 2014.

Michael Bachner of TPS contributed to this report.

Should We Celebrate The ‘Abraham Agreement’? 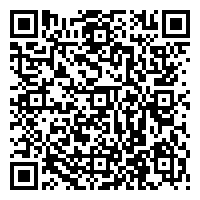