After the Supreme Court finally ordered to evacuate the residents of the Judea and Samaria village of Migron from their homes by September 4, some families have begun on Saturday night to leave their homes voluntarily, Maariv reports.

On Sunday morning, security forces have entered the scene and began to issue evacuation orders, against strong opposition from some residents, whose number was bolstered by a few right-wing supporters.


For the first time since the court’s decision, dozens of police officers and IDF soldiers have moved into the community. The soldiers arrived before dawn and blocked the village entrance. Some residents have barricaded themselves in their homes and refuse to leave.

Police began to move among the trailer homes, knocking on doors and handing out eviction notices. Rabbi Nachum Rabinovitch, dean of Maale Adumim yeshiva, was waiting for the cops with his grandson, who lives with his family in one of the trailers.

Rabinowitz began yelling at the officers: “This is an illegal order, you are committing an immoral crime, stop and think, stop this injustice.”

During the night, about 30 masked, young, right-wing activists reached the entrance to the outpost and set up barricades of rocks and tires. where they waited for the arrival of the security forces.

The community leaders reacted vehemently to the evacuation order, condemning Netanyahu and the Likud party: “This week Netanyahu, Begin and Yaalon agents of destruction will come up this week to demolish Migron,” they said.

“The residents of Migron are feeling hurt and betrayed, and protest the needless and miserable destruction that will take place here. The Residents of Migron never collaborated nor will ever collaborate with the destruction of their village. We call on every sane and honest person to come out of his house to protest, rage and cry out with us against the terrible injustice and miserable destruction the Likud government is perpetrating these days,” they added.

“We’ll say to all our adversaries: we will not consent and will not capitulate. Today everyone knows: The Migron story will result in at least two communities,” they stressed.

Some residents have left their homes in their private cars to a hostel in nearby Ofra, rather than to the alternative site built for them at Givat HaYekev. But many are yet to pack up their belongings.

The High Court stressed in its decision that even if the land had been purchased legally, that fact in itself is not enough to prevent evacuation and demolition, since the use of the land-—legally owned or not—has not been in accordance with the government plans for the area.

Since the village is not within the jurisdiction of any local municipality, the decision on its planning, from settlement to any future land use, had to come from the government—which never bothered to decide on the matter.

In essence, the justices enforced the evacuation because the Netanyahu government—and all the governments the preceded it. 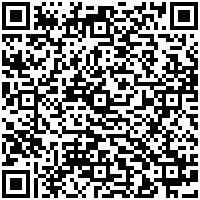