This Passover will be infused with an additional dose of unexpected joy after 120 orphan boys were provided with a special Bar Mitzvah celebration — including gifts and a lavish ceremony — courtesy of the Colel Chabad social services organization.

Each of the boys has his own individual story of pain and loss. All have suffered the death of a parent, the majority of them their fathers – often due to illness but in some cases due to accidents or terror attacks. Many come from families that are also struggling with poverty and other challenges that have resulted from the loss of the primary breadwinner.

“The common bond that unites all of these boys is the sense there is something missing,” says Itzik Marton, director of the Colel Chabad Bar Mitzvah program. “Our goal is to remind them that despite their losses, there remains a supportive community that understands their pain and is doing something pro-active to surround them with happiness and support at this most exciting time in their lives.”

The special celebration, in place since 1992, was supported this year by the Krakowiak family of Sao Paulo, Brazil in honor of their son Fernando’s Bar Mitzvah. The family came to Israel to celebrate the occasion alongside the children of Colel Chabad.

Each participant was provided with a fully-funded shopping spree at Zara where the boy chose an outfit that best matches his personal taste. He was also presented with a set of tefillin.

The ceremony began at the Western Wall where the boys were individually danced down to be called up to the Torah.

The program is coordinated by a team of volunteers, including Mendy, who came to the Jerusalem from Tzfat in Northern Israel. “Our role here is to bring that extra level of happiness and simcha to these boys,” he said. “We were told there was one specific boy who lost both of his parents so we made certain he never felt alone and tried our hardest to make him feel loved and happy. It was incredibly emotional to see how happy we were able to help him feel,” he said.

Bar Elias from Ashdod, whose husband passed away from illness two years ago, accompanied her son, the youngest in the family, to the celebration. “This was the first major family event since my husband died and I was thrilled to see how my son was given the feeling that he hasn’t been forgotten,” she said. “This is so much more than I could have ever imagined.”

Following the ceremony, the entire delegation of boys and their families traveled to a gala celebration at Jerusalem’s Binyanei Hauma (International Convention Center) where a fully catered meal was accompanied by dancing and entertainment by Yishai Lapidot. Special guests included the Chief Rabbis of Israel as well as government ministers and members of Knesset, all blessing the young men as they enter the next stage of their lives. 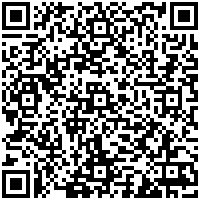