The prosecution has closed a case against two residents of Samaria who opened fire at a group of Palestinian Authority Arab attackers during a Bar Mitzvah hike in Samaria on November 30, saying the men acted in self-defense.

During the incident, several dozen Arabs attacked the hikers near the village of Khusra.

Later on, the hikers took shelter in a cave where some of the assailants continued to attack them, seizing a weapon from a member of the group, stealing personal belongings and injuring three people. Other Palestinian Authority Arabs protected the group until the arrival of security forces.

Itzhar Perlman, one of the children on the hike, told TPS he was happy that the case had been closed but said the whole investigation was “stupid.”

“We felt a bit bad that our security guards who protected us, they got in trouble,” Perlman said. “It’s too bad they didn’t do that to the terrorists who hit us and who threatened our lives.”

The incident led to days of clashes in and around the village. 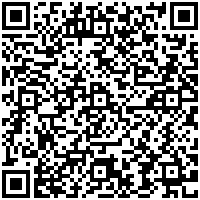