The incident began after some 15 Arabs attacked the some Jews with sticks, metal rods and stones near the Talia farm next to Beit Yatir on Mt. Hebron on Tueday afternoon. One Israeli was lightly injured and was transported to the hospital.

Initially it was reported that one of the Arab attackers pulled out a knife and tried to slash the Israelis. The entire group then fled the premises.


The IDF now says there was no stabbing attempt in the attack and they dispersed the attackers. 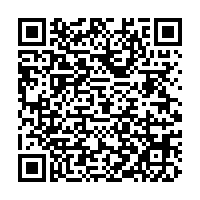