From actors to directors to studio heads signed the statement by members of the Creative Community for Peace and posted on its website Saturday. The signers also included Aaron Sorkin, Roseanne Barr, Sherry Lansing and Kathy Ireland.

“Hamas cannot be allowed to rain rockets on Israeli cities, nor can it be allowed to hold its own people hostage,” the statement reads. “Hospitals are for healing, not for hiding weapons. Schools are for learning, not for launching missiles. Children are our hope, not our human shields.”

The statement will appear as an ad in Hollywood publications including Billboard, The Hollywood Reporter and Variety.

The statement also said that the signatories “are saddened by the devastating loss of life endured by Israelis and Palestinians in Gaza. We are pained by the suffering on both sides of the conflict and hope for a solution that brings peace to the region.”

Several Hollywood figures have offered statements on Twitter and Facebook in support of Gaza and the Palestinians.

Discrimination Against Women Is Just! – Hollywood, The Oscars and #MeToo – The Walter Bingham File [audio] 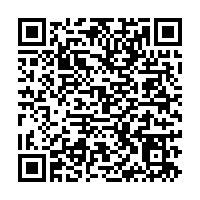