Iran claimed it shot down an Israeli unmanned aerial vehicle (UAV), or drone on Sunday that it said was heading for the Natanz nuclear plant in the center of the country.

The Islamic Revolutionary Guards Corps said in a statement the Israeli pilotless aircraft was a radar-evading, stealth drone whose mission was to spy on Iran’s uranium enrichment activities by flying over the Natanz nuclear enrichment plant.


The ‘Israeli hostile aircraft’ was targeted by a surface-to-air missile, according to the statement given to the state-run Fars News Agency (FNA) on Sunday evening.

“A pilotless Israeli spy plane was shot down after it was traced and intercepted by the IRGC Aerospace Force,” the Islamic Revolutionary Guards Corps Public Relations Department announced.

“This mischievous attempt once again made the adventurous nature of the Zionist regime more evident and added another black page to the dark record of this fake and warmongering regime, which is full of crimes and wickedness,” the statement continued, adding it “reserves the right of reaction and retaliation for itself.”

On July 14, 2014, Gaza terrorists sent an unmanned drone flying over Israeli territory. The IDF shot it down with a Patriot missile over the port city of Ashdod. It was the first time a Patriot missile had been launched at a target in Israel in 20 years. 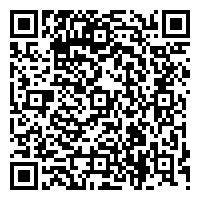