The driver was traveling south of Kiryat Arba near the Arab village of Bani Nayim, according to United Hatzolah of Judea and Samaria, when the bus was hit by a stoning attack.

No one was physically injured in the attack, according to the report, but the windshield of the bus was damaged.

Jewish Girl, 14, in Critical Condition from Arab Sniper’s Shot to her Head in Kiryat Arba 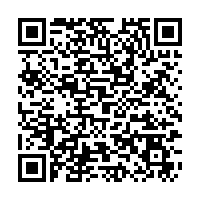