Judge Brett Kavanaugh was confirmed by the U.S. Senate to the Supreme Court by a final vote of 50-48, CBS News and other America media reported Saturday.

The vote, divided along party lines, was completed before 4 pm Saturday and closes the door on one of the most bitterly fought battles ever seen in the United States.


It also ends the struggle for the second of President Donald Trump’s two appointees to the highest court in the country.

The battle ended with a seventh FBI investigation into the background of Judge Kavanaugh, whose sexual and behavioral history was scrutinized all the way back into his adolescence and high school years, an investigation rarely required of other Supreme Court nominees, but allowed by the president to silence doubts about whether in fact the judge might have somehow managed to have hidden a past of sexual assault.

The FBI was unable to substantiate any of the claims made against him by his accuser, who had not previously found reason to charge him, despite his prior public roles in federal government.

Protesters in the Senate Gallery interrupted the vote by yelling and were escorted out of the building by security. Some protesters were also arrested on the steps of the Capitol building.

“Judge Brett Kavanaugh is among the very best our country has to offer,” said Senator Mitch McConnell, Speaker of the Senate. “He unquestionably deserves confirmation… This is a chamber in which the politics of intimidation and personal destruction do not win the day.”

Senate Minority Leader Chuck Schumer contended that Kavanaugh was unfit to serve, maintaining that he would work to overturn Roe v. Wade. 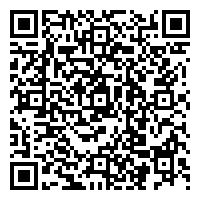