“Jewish people still can’t feel safe on their own campuses and in their own houses,” Nathaniel Bernhard, vice president of the UC Davis AEPi chapter, told the Sacramento Bee. “Anti-Semitism still exists today. It’s not a fairy tale.”


Bernhard said the swastikas were spray-painted on the building sometime between 3-9 a.m. on Saturday.

Barry Broad, board president of the Jewish Federation of the Sacramento Region, called the swastikas “especially heinous” given the recent commemoration of International Holocaust Remembrance Day on Jan. 27.

“Unfortunately, the lessons that history has taught us about the culture of hate have not been heeded by everyone,” Broad said in a statement.

UC Davis Chancellor Linda P.B. Katehi said, “Nothing rivals a swastika as a more potent or offensive symbol of hatred and violence toward our Jewish community members. 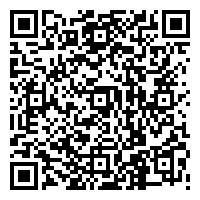