Switzerland’s Edelweiss Airlines, which is part of the German Lufthansa group, will offer direct flights from Zurich to Eilat beginning October 28th.

“The region on the Red Sea is considered a diving and snorkeling paradise due to the clear water and the colorful and diverse underwater world. In addition to beautiful beaches, holiday makers will find numerous adventure parks and water sports in Eilat.”

Last August, the Ministry of Tourism said it would offer a €45 per passenger incentive to airlines that fly directly to Eilat. Since then, some 130,000 tourists have visited the city, injecting some NIS 600 million into the local economy.

“I congratulate Edelweiss on its decision to begin service to Israel with its route to Eilat – the first time in many years that there will be a direct flight from Switzerland to Eilat.”

“This is a great vote of confidence in Israel’s tourism product and yet more proof that the ministry’s directive … is bearing fruit. I am convinced the new route will lead to a further increase in incoming tourism, combined with the ministry’s exceptional marketing efforts that are generating record-breaking levels of incoming tourism.” 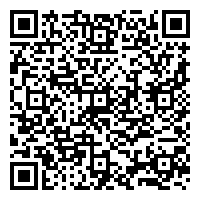