It was a “two-fer” on the Temple Mount in the Old City of Jerusalem on Sunday.

Israel Police arrested a Jewish boy for wearing his tzitzit (tallit katan) as commanded in the Torah, and a Jewish man for singing into the ear of a Jewish groom ahead of his nuptials a few hours later.


No one arrested anyone for subsequenly attacking an Israeli police officer, who suffered an injured leg.

The Muslim security officers complained that the boy’s Tzitzit were a “Jewish symbol” — in violation of the regulations that state one must not wear obvious religious symbols into the site — and the Islamic Waqf officer warned a “disruption” would ignite because of the boy’s Jewish garment.

Tzitzit are the four-cornered fringed garment that all Jewish men and boys are enjoined in the Torah to wear. The commandment is repeated in the third paragraph of the Shema prayer, the single most important prayer in Judaism save for the Kaddish, which is recited for the departed.

The police arrested the Jewish minor and took him to the police station.

But by the time they reached the entrance to the police station, the police apparently realized they had no cause to arrest the boy and he was unconditionally released.

The boy is a resident of Beit El.

A short time later, a 35-year-old Jewish man was arrested at the Temple Mount as well.

According to the police, the man was walking with a groom on the Temple Mount, while quietly singing to into his ear the popular Jewish wedding song, “Od Yishama” — a song which is often sung when accompanying a groom on his wedding day.

This man, celebrating the imminent nuptials of his friend, was also taken into custody. The Honenu civil rights NGO has issued a statement saying its legal counsel has gone to the police precinct in an attempt to secure his release in time for him to attend the wedding of his friend.

Following that incident an Israeli police officer was attacked by Arabs at the site. He was slightly injured when the Arabs hurled a wooden beam at him, hitting his leg.

There are no reports of anyone having been arrested, however, for attacking the Israeli police officer. 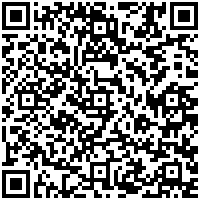