There was stabbing attempt near Kiryat Arba around 12:30 PM on Friday.

The attack happened at the hitchhiking post at the Elias Junction at the entrance to the town.


The 14-year-old terrorist was shot in the chest after he was found hiding behind the hitchhiking post with a knife.

His status has been downgraded to seriously wounded, according to Hatzalah. He’s been transported to Sharei Tzedek hospital.

At this point there are no reports of any injured in the attack.

The IDF searched a possible second terrorist who they thought had accompanied the first one, but determined at the end there was only one terrorist. 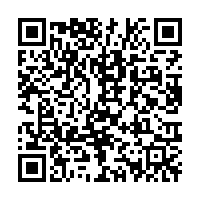