When I was 18, a friend, someone who was a member of the same community and shul, died under strange circumstances. That was many years ago and I do not remember all the details.

What I do recall vividly is that roughly six months after the person passed away a rumor spread that he died of an overdose – because his body had been found completely undisturbed in an empty lot. I was shocked by the revelation but since there were some changes in his behavior prior to his death that were not otherwise explainable, I reluctantly accepted the news. I also knew of others in the community who were using illegal substances to get high. But what I was most troubled by even then was that no one seemed to want to address the problem. It was hushed up – even denied – by all the adults.


Not much has changed since then. It is true that there are now many more agencies addressing the problem, even in our communities, but we still seem to be ignoring the causes, underlying issues, trends, and best practices.

According to the primary sources, among them the United States Department of Health and Human Services and the Centers for Disease Control, we are in the midst of a drug epidemic driven primarily by prescription drug use. The drugs of choice today are primarily opioids – painkillers. The best known among them is OxyContin. It is estimated that each day in the U.S. some 44 people die of an opioid overdose.

Opioids work like heroin – they suppress body functioning. The high comes from their sedating effects. It is that which makes heroin-type medications lethal. Prescription drug users who become addicted to their medications often turn to street heroin for their high when the medication runs out.

People resort to drugs for a variety of reasons, among them a simplistic or reflexive approach to coping with pain, an attempt to hide anxieties, or for random recreational reasons.

Alcohol, of course, is one of the most readily available of drugs. But our society turns a blind eye to the alcohol epidemic affecting so many families. And it is not just a phenomenon among college students; alcohol use today impacts children as young as 12 along with their parents and grandparents. And not just at Kiddush clubs.

In addition to elevated rates of alcohol consumption, marijuana is now legal in many places and some take that to mean it is not a substance to be used carefully in a very limited and prescribed fashion. Gateway substances such as alcohol and marijuana are dismissed as being of no consequence, but some people are rapidly addicted to them and go on to more addictive substances. Some become addicted when they are given medications that trigger an addictive response. Some become addicted when seeking a way to numb psychic pain. We see a lot of that among people who have been abused.

There has been concern recently regarding opioid use and suicide rates. As I write this, a report is circulating that claims dozens of people have committed suicide in our communities over the past few months (most of them using opioid substances). But is that necessarily an appreciable increase over previous years? The number, while alarming, does not tell us anything about prior rates of suicide because it was difficult to obtain accurate data on these issues in the frum world.

I believe that making a statistical leap of faith occurs when we conflate issues. Yes, there has been a significant increase in opioid-related addiction problems, including death, as documented by the CDC and several departments of health in several states. (Several organizations are attempting to address that fact while other organizations are capitalizing on it.)

But while we may reasonably hypothesize that suicide is, in part, related to opioid abuse, to suggest – in the absence of hard evidence – that there has been an increase in the suicide rate in our community is not justified. Well before there was an opioid epidemic young people were dying from a wide range of causes (including suicide). And while there is no doubt a link between suicide and a history of abuse, suggesting that all suicide is linked to abuse is premature at best and foolish at worst.

What all this suggests is that as a community we are finally, perhaps begrudgingly, starting to acknowledge that addiction, abuse, mental illness, suicide – all of the ailments that plague humanity – exist in our world too. If, however, we mishandle this awareness and are irresponsible with the data, we will not be able to intervene in a healthful helpful way. 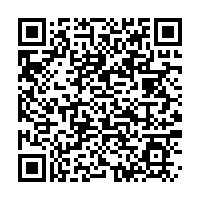