No one in the Israeli media or abroad seems to have noticed, and if they did they are yet to elaborate on the fact that in the midst of his optimistic speech before the UN General Assembly in NY, about the stellar future of Israel, and while he was inviting the global community to benefit from Israel’s amazing technological and other gifts, Prime Minister Netanyahu also delivered a shot across the bow of both the UN Security Council and, despite all his flourish of gratitude for the man, at President Obama, too.

Here’s what the prime minister said, verbatim, about 1,200 words into his Thursday’s speech:

“Ladies and Gentlemen, Distinguished delegates from so many lands,

“I have one message for you today: Lay down your arms.

“Yes, I know, there might be a storm before the calm. I know there is talk about ganging up on Israel at the UN later this year. Given its history of hostility towards Israel, does anyone really believe that Israel will let the UN determine our security and our vital national interests?

“We will not accept any attempt by the UN to dictate terms to Israel. The road to peace runs through Jerusalem and Ramallah, not through New York.”


Everything Netanyahu has been doing over the past month or so, most notably his concession to a degraded US military aid package that could hamper Israel’s future ability to both use some of the aid money for its own industry and to appeal to a friendly US Congress for additional funds, were out of his concern for an Obama Administration November surprise.

Since the summer of 2015, the rumor mill has churned an alarming note regarding the outgoing president’s plan to take down Bibi at the final round, after the Nov. 8 vote will have been cast. Once the Democratic Party no longer needed the Jewish and pro-Israel Christian vote, regardless of who was elected, the US envoy at the UN Samantha Power would either vote in favor of a UNSC resolution on a Palestinian State in all of Judea and Samaria, or merely abstain, which would be tantamount to giving it its full support. Indeed, as Netanyahu stressed in his Thursday speech, “the only time that the United States cast a UN Security Council veto during the Obama presidency was against an anti-Israel resolution in 2011.”

There is no valid US vote other than a veto on an anti-Israel resolution, in the context of a healthy alliance between the US and Israel. On Thursday, Netanyahu made it loud and clear: if the UNSC imposes such a vote on Israel, without an American veto, Israel will disregard it.

Here’s an idea one can only raise in a rightwing Jewish publication such as The JewishPress.com: What if the fact that no one has noticed Netanyahu’s unveiled threat is because they were not expecting it? At least not as a full, frontal, in-your-face challenge? Maybe the entire speech was too “messianic” for anyone to grasp the fact that the PM was foretelling a new world order, the biblical kind? I’ll explain.

The Haftora this week is Isaiah 60, 1-22. Of the entire cycle of Isaiah prophecies of comfort Jews recite on the Shabbat days between the 9th of Av and Rosh Hashanah, this one is probably the least mystical. It does not promise any harmony between lambs and lions; instead it describes a scene astonishingly reminiscent of Netanyahu’s speech at the UN Assembly Thursday.

This chapter in Isaiah reads almost like a newspaper account of Israel’s economic, technological and diplomatic rise. It very well could be published as an actual report, with a few textual changes — taking out the camels laden with goods is recommended, for instance — that could be the leading article of some major publication on Rosh Hashanah 5778, when we celebrate the 70th anniversary of the Zionist miracle.

Here is a selection of verses, there are 22 altogether — can you see these verses as headlines for current articles?

3: TECHNOLOGY: And nations will walk by your light, and kings by the brightness of your rising.

4. DEMOGRAPHIC GROWTH: Lift up your eyes round about, and see: They all are gathered together, and come to you; Your sons come from far, And your daughters are carried on their mothers’ side.

5. NATURAL GAS: Then you will see and be radiant, And your heart will throb and expand; Because the abundance of the sea will be given to you, The wealth of the nations will come to you.

6. FOREIGN INVESTMENTS: The caravans of camels will cover you, And of the young camels of Midian and Ephah, All coming from Sheba; They will bring gold and incense, And will proclaim the praises of God.

9. MASSIVE ALIYA: Surely the islands will wait for Me, And the ships of Tarshish first, To bring your sons from far, Their silver and their gold with them, For the name of the Lord your God, And for the Holy One of Israel, because He has glorified you.

11. POLITICAL PROMINENCE: Your gates also will be open continually, Day and night, they will not be shut; That men may bring to you the wealth of the nations, And their kings in procession.

12. SECURITY: Because a nation and kingdom that will not serve you will perish; Yes, those nations will be utterly wasted.

Is that a cool prophecy, or what? Obviously, the running theme through the prophecy is the fact that it’s all being done strictly because God wants it this way. He signed several covenants to this effect and now He’s starting the implementation. So, obviously, we’ll need to behave ourselves, that whole love your fellow Jew thing. 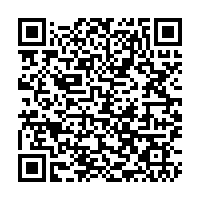