As news of the passing of Torah sage and leader of Lithuanian Jewry Rav Yosef Shalom Elyashiv cast a pale of sorrow over Israel, breaking news of a suicide bombing attack against Israeli tourists in Bulgaria sent shock waves across the country.

Seven Israelis were reported killed and 30 injured when an explosion blew up an Israeli tourist bus and caught two adjacent buses on fire at the Burgas airport on Wednesday, also the 18th anniversary of the Iran-sponsored attack on the AMIA Jewish center in Buenos Aires, Argentina. Reports state that among the injured are at least 2 pregnant women and an 11 year old child.  Six of the deceased were pronounced dead at the scene, and one died in hospital. At least two of the 27 injured are reported to be in serious condition.

The explosion occurred while the bus was still in the terminal, after the group arrived in country at 4:45pm.. Burgas, located on the Black Sea Coast, is a popular tourist spot for Israelis.

Prime Minister Benjamin Netanyahu issued a statement in which he charged Iran with conducting the attack and warned the regime that Israel would respond forcefully.

“All the signs lead to Iran. Only in the past few months we have seen Iranian attempts to attack Israelis in Thailand, India, Georgia, Kenya, Cyprus and other places,” Prime Minister Netanyahu said.

“This is an Iranian terror campaign that is spreading throughout the world,” Netanyahu said. “Israel will react powerfully against Iranian terror,”

Despite fierce political mudslinging in the wake of the angry withdrawal of the Kadima party from the coalition because of rancor over Haredi service in the IDF, politicians across the spectrum united to condemn the murders.  Opposition leader Shelly Yechimovich said “there is no doubt that instability in the region is spawned by Iran aiming expressly for Israelis and Jews throughout the world,” expressed her condolences to the families of the terror victims, and expressed her confidence in Israeli security forces.

ZAKA and Magen David Adom rescue services have already begun making their way to Bulgaria and will attempt to evacuate some of the wounded for treatment in Israel.

Foreign Minister Avigdor Liberman called for an immediate meeting at the Foreign Ministry’s situation room.  The Israeli embassy in Bulgaria is investigating the explosion.  Initial reports indicated that a suicide bomber boarded the bus and detonated himself.  Follow-up reports suggested that a bomb may have been planted in the luggage compartment of the bus and detonated by remote control.

In January, Israel requested additional security for citizens traveling in the country after a suspicious package was found on a bus carrying Israeli tourists from Turkey to Bulgaria.

Israel has also expressed concern that Hizbullah would target Israelis overseas in connection with the assassination of Hizbullah commander Imag Mughniyeh, which Hizbullah suspects was conducted by the Mossad.

In the meantime, Hizbullah has denied any connection to the attack.  No organization has claimed responsibility. 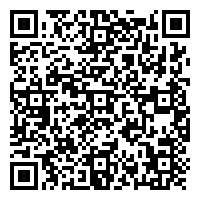