The fierce political, religious, and sociological debate over whether Hareidi Jews should be mandatorily drafted into the Israeli Army like their Religious Zionist and secular counterparts hit a boiling point on Tuesday, with the Kadima party backing out of Prime Minister Benjamin Netanyahu’s coalition and threatening the stability of the government.  Yet Yisrael Beytenu chairman Avigdor Liberman has made it clear that he will continue to pursue the drafting of all Israelis at the age of 18, but will uphold the current administration and keep his party at the center of the action.

“We won’t leave the coalition under any circumstances. We will fight the battle from within,” Liberman said on Wednesday in an interview with Army Radio. “Those who really want universal enlistment must support our bill. You can postpone the end, but you can’t evade a decision forever.”

Yisrael Beytenu has drafted its own version of a national conscription law following Kadima’s departure under the leadership of Shaul Mofaz over the failure of committees to draft a replacement for the Tal law to its liking.

The Tal law, which exempted Hareidi Jews in yeshiva from the military draft was declared unconstitutional by the High Court of Justice earlier this year.  If an alternative law is not drafted, all Hareidim will be subject to the draft beginning on August 1.

On this week’s Jewish Press radio program hosted by Yishai Fleisher, Hareidi tour guide and resident of the eastern Jerusalem Jewish community of Maale HaZeitim, Meir Eisenman, defended the Hareidi position against serving in the army, but also stressed the importance of understanding that despite the disagreements, Hareidi Jews support the IDF.  “I think the first thing we have to do is make a very strong difference [and not lump together Israeli Arabs and Hareidim when ].  The Hareidim are on our side, they support the state of Israel, they support the army, and they are certainly not wishing, G-d forbid, for the army to fail, and we have to make that clear distinction any time we discuss this issue,” he said.

Eisenman cited the Book of Joshua’s emphasis that there is “clear connection of inheriting the Land of Israel through the Torah of Israel” as a case for exempting full-time Torah students from participating in the IDF.  He also tied the last major terror attack – a 2009 attack in Eilat which killed 8 and injured 40 – to the summer “bein hazmanin” yeshiva break, summer vacation for Torah students.  If you look back through the latest 10- 15 years, many of the most horrific terror attacks occurred when the national study level is on a down.” The Sbarro bombing and the Number 2 bus bombing, are among those attacks, according to Eisenman, as well as the Park Hotel bombing which occurred during the Passover break.

Eisenman further said that the success of the IDF is not rational, and that Israelis should attribute at least part of their safety to Torah study.  “To see that the Jewish people, all we need is the soldier that goes and risks his life, however important it is – that he’s the only thing that’s protecting the Land of Israel and the Jewish nation and the Torah of the Land of Israel, you’re just looking at half the picture, you’re not looking at the full picture.”

Fleisher replied by saying the draft is not a threat to Torah study, but rather lets them “fulfill the great mitzvah of being in the Jewish army”.  He said “the best, the most religious” Jews – including Joshua himself – were also the greatest warriors on behalf of the Jewish nation.  “You’re going to mention the Book of Joshua and you’re going to use that as a proof that because he was told to take the Torah with at all times and study the whole time…? He’s the exact example of the Torah student who is the greatest of the generation, he’s the biggest rabbi around, and he’s the number one soldier as well,” Fleisher said.   “To me, what’s missing in this whole discussion is that soldiering and being a Torah Jew in the Land of Israel are one.  Those are connected things.”

But Hareidi leadership has not seen it that way.  In late June, thousands of Hareidi men gathered for an early morning “sack and ashes” prayer service to beseech God to “annul the evil decree” of being forced to serve in the Jewish army.  Shas Rabbi Ovadia Yosef recommended to cancel the “bein hazmanim” yeshiva break and continue Torah study in order that God would hear their prayers not to be drafted. 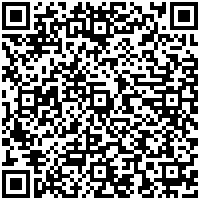