David Wilder who filed this report was too worked up to notice the hilarious banner carried by Palestinian Arabs in Hebron, condemning Israel’s “Hebron apartheid” (Arabs have access to the entire city of Hebron, while Jews are limited to about 30 percent of the city — that IS apartheid… Things became serious shortly thereafter, but seeing as the banner was intended for Barack Obama to read, we urge the president to send more funds to teach Arabs basic spelling. Unless they really do have a dram (a unit of liquid capacity equal to 1⁄8 fluid ounce) they want to fulfill… — Yori Yanover.

Late Wednesday morning, I made my way from our offices in the Avraham Avinu neighborhood of Hebron to Beit Hadassah, a few minutes away, to speak with a group there. Being a few minutes early, I first went upstairs to my home. Coming downstairs, ten minutes later, a friend asked if I was going to film the “balagan” (pandemonium) outside in the street. What balagan? I asked. “A march, with Arabs and Palestinian flags, right here on the street.”

I ran up to the street, grabbed my camera from the car, and saw, a few meters in front of me, a group of Arabs, foreign anarchists, and Israelis, as well as a large group of journalists, mostly Arab photographers, and a few soldiers and Hebron residents.

Some of the people were wearing masks with pictures of Obama on them. Most of the pushing and shoving centered around a banner sign they were carrying.

As I started filming, I quickly saw a true Hebron nemesis, also with a camera: Issa Amru, who can be described as something of a terrorist trouble-maker, a master provocateur .

Who is this guy?

The following is a letter sent today to senior IDF and police officers:

This person is the center of anarchist-terrorist activity in Hebron. Said activity is not confined to incitement and organizing illegal demonstrations and violence, but also includes actual military operations, including Molotov cocktails and more.

For example, a video circulated on the ambush and use of firebombs against IDF soldiers. The tape is written in Arabic “Youth against the settlements,” an organization of Issa Amro and his partner Jonathan Pollack.

It should be added that Arabs entered the Admot Yishai (Tel Rumeida) neighborhood Friday night, March 8, 2013 (20 meters from a soldier’s position), uprooted a tree and dismantled and stole a bench. Undoubtedly, these operations were carried out under the command of Issa.

This activity can be carried out only after monitoring and intelligence gathering.

This person is behind a series of serious provocations.

On March 19, he organized another provocation at Tel Rumeida, carried out by his brother, trying to cut through a barbed wire fence.

Today, March 20, there was a serious provocation outside Beit Hadassah, coordinated by Amro and with the cooperation and participation of anarchist elements. Arabs marched through the streets with PLO flags and banners. David Wilder, a Hebron resident and member of the Community Municipal Committee, was attacked and his camera broken. Security forces, rather than help him, did nothing, appearing helpless.

This series of failures could lead to bloodshed.

We demand that you take all actions necessary to put an end to these provocations and incitement, and to stop this terrorist activity immediately. Use administrative detention until you are able to find a long-term solution to completely end this hostile and dangerous activity.

We warn that any delay in dealing conclusively could be very costly.

Issa seemed to be having a good time. He fingered me, gave me a V sign, and blew me some kisses. He eventually took my Canan 5D camera, tossed it into the air and watched it bounce in the street. I think the body is ok but the 24-105, $1500 lens died.

Eventually, after it was over, he was arrested. The last time he went to court, the judge banned him from participating in demonstrations in Hebron for six months. That was a few months ago. Having violated the court decision, he may now find himself warming a jail cell for a while. Probably not long enough, unless our security forces get their stuff together and find a way to rid us of this dangerous person. 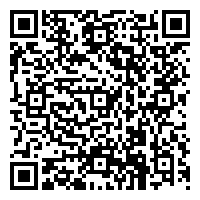