An Arab terrorist was killed at the Mazmoriyah checkpoint heading towards Jerusalem around 1 PM on Sunday.

A policeman on lookout duty noted a suspicious man with a knife running towards a group of police officers. He reported it, and a Border shot and killed the terrorist.

Sappers then checked the terrorist’s car for bombs.

Mazmoriya is the checkpoint at the entrance to Jerusalem near Har Homa, from the direction of Tekoa. 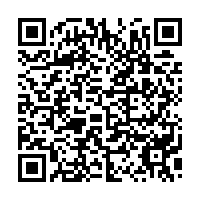