At Tapuach junction (Samaria / Shomron), connecting traffic from Jerusalem, Ariel and Tel Aviv, an Arab terrorist, on Tuesday morning, stabbed and killed an Israeli man (32), grabbed his gun and started shooting at the nearby IDF Border Police. The victim was Evyatar Borovsky a resident of Yitzhar, and actor, and the father of 5 children.

The IDF Border Police unit shot back hitting the terrorist in the leg. The terrorist was transported to Beilinson (Rabin) hospital.


It is not clear why they shot the terrorist in the leg, and not the head.

The Fatah terrorist had been released from Israeli prison just 6 months ago, after serving 3 years for another terror attack involving planting a bomb.

The terrorist’s brother is in a Palestinian Authority prison for allegedly collaborating with Israel.

The nearby strategic checkpoint, a mere 30 meters north of where the terror attack took place, that protected the area was removed a few months ago, under orders of former Defense Minister Ehud Barak, due to pressure from the radical-leftwing NGO Machsom Watch.

Last night, two terrorists were caught at the same location carrying a firebombs and knives, as reported by HaKol HaYehudi.

There have been 4 terror attempts at this junction in the past month alone.

Rabbi Chaim Goldberg, the Rosh Yeshiva of a Kedumim High School, told the Tazpit News Agency that as he approached the Tapuach Junction he noticed there was mayhem: “I saw three young women jump into the street. I then heard shots fired. I noticed a person who was lying on the ground get up with a gun in his hand. I slowed down and ducked so he wouldn’t see me. I then called the emergency center to notify them about the incident. I now understand that the terrorist nabbed the gun from the Jew he murdered and I was the first target he saw.”

Several bullets hit his vehicle, but he was not injured.

Evyatar Borovsky’s funeral will begin at 5:30 PM in Kfar Chassidim. 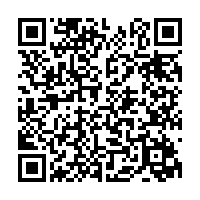