Jerusalem has made the grade in TIME Magazine’s “10 Best Cities to Visit Around the World.”

The list, published on July 10, places Kyoto, Japan in the Number 1 spot for a second year.

Surprisingly, the only U.S. city to make the cut was Charleston, South Carolina, which was said to have “suffered greatly since the polls closed.”

Jerusalem, which squeaked in at Number 10, in the same paragraph, was described as “the controversial capital of Israel” at the “crux of an ancient and ongoing conflict.”

Also in that paragraph was Bangkok, “likely bumped from the list in 2012 due to governmental unrest.”

All three were described as cities that appeared “despite political and social turmoil.” The magazine noted that cities are a ‘great convergence of people and ideas” where sometimes it is inevitable that conflict may arise.

“So we keep these cities, and their people, in our thoughts while we celebrate their resilience and their virtues,” commented TIME. 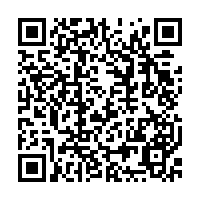