In his autobiography, the late Israeli prime minister Yitzhak Rabin dubbed now President Shimon Peres, Rabin’s eternal rival, “an indefatigable subversive,” or “tireless schemer,” depending on your translation for “chatran bilti nil’eh.” At just a few days under age 90, the old war horse who has survived his entire generation of peers, keeps pushing as tirelessly as ever.

The Sunday Times reports that Peres “paved the way” for the agreement announced by Kerry on Friday, for the resumption of the “peace process” between the Palestinians and Israelis.


Citing unnamed Israeli and Palestinian sources, the Times says Peres met Palestinian Authority President Mahmoud Abbas in Amman, and convinced him to agree that “West Bank settlers and Jewish residents of East Jerusalem could remain in their settlements but be subject to the Palestinian state.”

According to the sources, Peres pressured the Palestinian leader to accept this condition “as the minimum that he needed to convince Netanyahu to give his blessing to the talks.”

And, still on Sunday, while Prime Minister Netanyahu was preparing to do battle in his upcoming cabinet meeting, where the majority of his ministers are starting to consider how best to defend against the American- and European-forced renewal of the “peace process” under a dubious set of understanding (how many killer prisoners can you release quietly before the victims’ families start making your life a living hell?)—President Peres invited the chair of the opposition block in the Knesset, Labor leader, MK Shelly Yachimovich for a private talk.

Peres, who used to lead the same Labor party (and every time he ran on its top ticket, it ended in disaster), is determined to do everything in his power to keep Bibi sliding down the slippery slope. Peres offers his advice freely (of course, a nice donation to the Peres Peace Center is always appreciated) to the Americans and the Europeans, on how to best outmaneuver Netanyahu. Now, he’s recruiting his eager successor to contribute to the effort.

In interview on Reshet Bet, Yachimovich promised to provide Netanyahu with “tailwind,” meaning she’ll be watching her arch rival’s back, protecting him in key votes from the majority inside his own coalition—as long as he is behaving himself in the peace process.

With friends like these, Netanyahu should definitely watch his own back, tailwind and all. 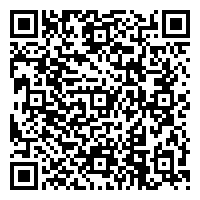