A year ago, Honenu legal aid society attorney Menasheh Yado filed a complaint with the Police Investigation Unit regarding an incident in which police assaulted a Jewish man, illegally detained him and tried to prevent the recording of the event.


At this point the man asked to remove his tefillin, to comply with the policeman’s instruction and be allowed to ascend, but the policeman forcibly grabbed his arm instead and began to push him to the exit.

“My client stood against the railing and told the policeman to stop pushing him,” Yado wrote in the complaint, continuing: “Three policemen approached my client and without informing him that he was being detained began to shove my client and hit and kick him.”

The complaint also mentions that police prevented bystanders from documenting the incident. Two Jews who were at the scene began to tape the incident on their cell phones, but a policeman named Moti Gabai ordered them to stop taping and swatted one of the cell phones.

“The incident included assault and unreasonable use of force, as well as deliberate use of violence by the policemen while carrying out an illegal detention with excessive aggressiveness. My client made no move, and was forced to instinctively react to the violence used against him which, as stated above, did not stop even after he was handcuffed,” Yado complained to the Police Investigation Unit.

“I direct your attention to the wide-ranging public ramifications of policemen illegally using their authority in interfering with the ability of citizens to document incidents of assault and use of violence by police,” Yado reiterated.

Following the Tisha B’Av incident, police brought the man to court and demanded that he be barred from ascending the Temple Mount for 60 days. After watching the video clip of the incident the court accepted the opinion of Honenu Attorney Avichai Hajbi, who represented the man at the hearing, and released him. After his release the man was served with an indictment accusing him of biting one of the policemen who beat him during the course of the incident.

At the July 2015 deliberation a police representative admitted that there is no written ordinance prohibiting a Jew from ascending the Temple Mount while wearing tefillin. Although the police claimed that the man bit a policeman as he was being detained, the video clip presented to the court shows that the man did not commit any violation of the law before the policemen started to beat him.

“A video clip was presented to me… in which one sees that the defendant did not do anything before the security forces evacuated him, and it should be noted that they evacuated him aggressively,” wrote Jerusalem Magistrate Court Judge Mirit Fohrer. She ruled that even though afterwards apparently the man did bite one of the policemen who had seized him, there is no cause to ban him from the Temple Mount and he was released unconditionally. 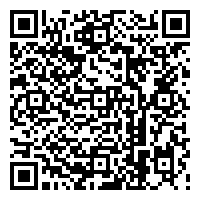