Thanks to two Arab terrorists, the cost of Israeli self-defense has again come at a high price for Islamic worshipers and families who were looking forward to visiting each other in the next few weeks. But terrorists rarely take the concerns of “civilians” into account when waging “jihad” against Jews and Israelis.

The initial Israeli response to Wednesday night’s terror attack on the upscale Sarona Center in Tel Aviv by two Palestinian Authority gunmen from Yatta has been swift — and it may be followed by further actions.

For a start, the freedom of movement between Palestinian Authority territories and Israel, a goodwill gesture to PA citizens for the Islamic holy month of Ramadan and broadened to a degree not seen since before 2007, was immediately curtailed.

Israel had opened all of the crossings for extended hours on the borders with all Palestinian Authority-controlled areas of Judea and Samaria, as well as Gaza, as a goodwill gesture for the Islamic holy month of Ramadan.

Under the policy Palestinian Authority citizens in Judea, Samaria and Gaza were able to visit each other and to enter Israel for visits with relatives. They were also to be allowed unrestricted access to the Old City in Jerusalem on Friday to worship at the Al Aqsa mosque on the Temple Mount, and to be able to travel overseas via Ben Gurion International Airport.

IDF Maj.-Gen. Yoav Mordechai, Coordinator of Government Activities in the Territories (COGAT) said at the time that the move was Israel’s “civil policy to improve the quality of life for Arabs citizens of the Palestinian Authority in Judea, Samaria and Gaza, including the maintenance of their freedom of religion.”

But shortly after security heads met with Netanyahu, Defense Minister Avigdor Liberman, IDF Chief of State Gadi Eizenkot, Public Security Minister Gilad Erdan and the rest of the security cabinet, Coordinator of Government Activities in the Territories (COGAT) Gen. Yoav Mordechai announced the freezing of 83,000 entry permits issued to Judea and Samaria Arabs to visit their families on the “pre-1967” side of the crossings in Israel.

The permits were distributed as part of the goodwill policy for Ramadan.

In addition, all the permits for Gazans to pray on the Temple Mount in Jerusalem have now been frozen as well.

Moreover, 204 visitation permits issued to the families of terrorists in Israeli prisons were revoked.

The logic behind the move: The two terrorists who carried out Wednesday night’s murderous rampage were 21-year-old cousins, both from the Hebron suburb of Yatta, which has been sealed off for the time being. The sprawling village is a Hamas terrorist stronghold in the Palestinian Authority. Over the years it has grown to the size of a full-grown city in the southern Hebron Hills, just south of Kiryat Arba, near the Yatir checkpoint and a bit northwest of Arad. 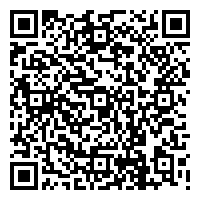