US President Donald Trump kept his campaign promises on Friday and signed his first executive order in the White House late in the day to undercut Obamacare, initially neutralizing the requirement to buy the insurance.

The president’s order stated that relevant agency heads “shall exercise all authority and discretion available to them to waive, defer, grant exemptions from, or delay the implementation of any provision or requirement of the Act that would impose a fiscal burden on any State or a cost, fee, tax, penalty, or regulatory burden on individuals, families, healthcare providers, health insurers, patients, recipients of healthcare services, purchasers of health insurance, or makers of medical devices, products, or medications.”


The president also signed documents allowing General James Mattis (ret.) and General John Kelley (ret.) to be sworn into the Cabinet as well.

Vice President Mike Pence administered the oath of office for both, whose nominations were confirmed by the U.S. Senate on Friday as well. 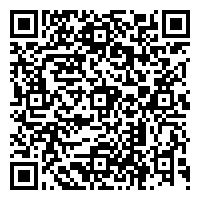