U.S. President-elect Donald Trump says one of his first priorities in the White House will be to deal with the issue of cyber defense. He pointed to leaks from an intelligence briefing he had this week as an example of the shoddy security America is struggling with.

Mr. Trump actively ignored questions from CNN and Buzzfeed at his first official news conference in New York City on Wednesday (Jan. 11), citing a “fake news” report that featured leaked information about alleged damaging intelligence withheld by Russia about Mr. Trump. Both the president-elect, and outgoing President Barack Obama were briefed by the FBI about the alleged intelligence this week.

“I think it’s pretty sad when intelligence reports get leaked out to the press,” Mr. Trump told the reporters gathered at Trump Tower. “First of all, it’s illegal.

“Intelligence agencies are vital and important,” he said, claiming that out of a total of 17 industrial sectors, the United States rates last in terms of its ability to protect itself from hacking.

But the issue isn’t one that is exclusive to any one sector in the country, he said, and emphasized that he is ordering a “major report on hacking defense in 90 days.

“We’re hacked by everybody,” he said, crediting former Republican National Committee chairman Reince Priebus for having secured adequate cyber defense against hackers at the RNC. The GOP had “strong hacking defense,” he said.

“How do we stop this fairly new phenomena? That includes from Russia, and China, and everybody.

“Russia will have much greater respect for our country when I am leading it. Believe me. And I believe — there’s no reset button — we’ll either get along, or we won’t… He (Russian President Vladimir Putin) shouldn’t have done it — but they’ll respect us far more than they did under past administrations.”

Mr. Trump reiterated that the problem of hacking was by no means limited to espionage from Russia: “22 million accounts in this country were hacked by China,” he pointed out.

Detractors have renewed allegations that Moscow intervened in the electoral process to ensure Mr. Trump would win the presidential election, and in recent days there have also been claims that Russian hackers withheld damaging intelligence about the president-elect as well. 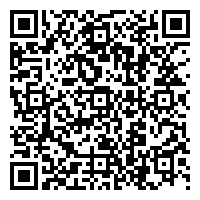