The water system used to cool the fuel rods in the Number 3 reactor at the Fukushima Daini nuclear plant temporarily stopped functioning Tuesday in the wake of a 7.3-magnitude earthquake that hit the Fukushima prefecture early morning off Honshu, Japan. NHK Japanese public broadcaster reported the malfunction about an hour after the temblor struck.

Even if a nuclear plant is shut down, it is essential for the cooling systems to continue to function in order to keep the spent fuel in a cooled state.


The cooling system was later was restored and the reactor temperature was under control, NHK reported.

Tsunami waves of 1.4 meters were also observed along the Fukushima coast, and the Pacific Tsunami Warning Center told people to “remain alert,” the New Zealand Herald reported. According to the Center, there was still a chance of fluctuations in sea levels along some coasts.

The public was urged by NHK to evacuate “immediately” to higher ground after the earthquake struck at 5:59 am local time, on the orders of the Japan Meteorological Agency, which also immediately issued a tsunami warning.

The agency said at the time that a tsunami wave of one to three meters (3-10 feet) was possible after a 60-centimeter tsunami wave was spotted about 20 kilometers offshore from the southern port city of Iwaki.

Tsunami waves ranging in height from 30 cm to 1.4 meters were seen along the coast of the Fukushima prefecture, according to the New Zealand Herald.

The U.S. Geological Survey reported that the magnitude of Tuesday’s earthquake registered at 6.9 on the Richter scale, and struck 37 kilometers (23 miles) off Japan’s east coast at a depth of 11.4 kilometers (7 miles).

In any case, Japanese officials were taking no chances.

On March 11, 2011, a 9.0-magnitude earthquake struck the Fukushima Prefecture, and was followed by a mammoth tsunami that triggered a meltdown in three out of six reactors in the Fukushima Daiichi nuclear complex.

Israel was one of the first nations allowed by Japan to assist in the aftermath of the March 2011 disaster. The IDF and other Israeli first responder aid specialists sent teams to Fukushima to provide medical and other assistance as needed.

The March 2011 Fukushima disaster was the largest nuclear incident to take place since the April 1986 Chernobyl accident, and the second to measure Level 7 on the International Nuclear Event Scale. 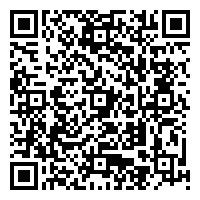