Turkey is vowing to retaliate against the terror group who attacked its capital city Wednesday night.

No one has yet claimed responsibility for the massacre. A powerful car bomb exploded in central Ankara, killing 28 people and injuring 61 others as it ripped through military buses carrying young personnel to facilities near the parliament.


Prime Minister Ahmet Davutoglu placed the blame for the attack squarely on the YPG Syrian Kurdish organization. Speaking to reporters in Ankara, Davutoglu identified the terrorist as Saleh Najar, a Syrian national born in the Hasakah province.

“It has been determined with certainty that this attack was carried out by members of the separatist terror organization PKK, together with a member of the YPG who infiltrated from Syria,” Davutoglu said.

Turkish security forces detained nine people in connection with the attack. Davutoglu added, “Their connection to the YPG has been confirmed” but said he could not comment further due to the ongoing investigation.

The Turkish Air Force conducted cross-border air strikes in northern Iraq, he said, killing more than 70 PKK terrorists, including senior members. “We will take all precautions under the scope of legitimate self-defense and will retaliate with no hesitation.”

Turkey’s Minister of Foreign Affairs, Mevlut Cavusoglu, has been instructed to forward documents about the attack to members of the United Nations Security Council, he said.

“It is our right to expect a common stance against a terrorist organization,” Davutoglu declared.

The comment was directed at members of the UN and NATO who do not see eye-to-eye with Turkey — another UN and NATO member — on the status of the YPG and PYD.

Turkey regards the YPG and PYD as terror groups linked to the PKK, but that is not the case in the rest of the world.

Davutoglu warned that those ‘directly and indirectly supporting’ the YPG ‘risk losing Turkey’s backing, according to the Daily Sabah newspaper. He added that it “unacceptable for members of NATO and the United States to have relations with an organization which carried out terrorist attacks ‘in the heart of Turkey.’” 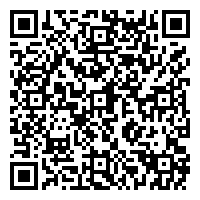