Turkey’s President Recep Tayyip Erdogan shook hands Wednesday with Israel’s female interim head of its embassy in Ankara, Shani Cooper, who has been appointed to field the office until permanent ambassadors are appointed by the two countries.

The ceremonial handshake was part of a tradition carried out with the diplomatic corps each year to celebrate Turkey’s Victory Day on August 30.


This time, Erdogan specifically asked to welcome Cooper — a move seen by analysts as an effort to send a positive message to Israelis who are closely watching the Turkish leader in the wake of a six-year break in relations between the two countries.

Cooper responded warmly to the request, expressing Israel’s support for Erdogan and the Turkish nation.

Erdogan requested an interpreter, through whose services he responded with positive remarks on the diplomatic relations between the two countries. He wished Cooper good luck on her position as well.

Earlier in the day, Erdogan’s office sent the approved, signed agreement with Israel to the office of Turkey’s prime minister. Simultaneously in Israel, the government cabinet ministers also issued their final approval on the document as well.

The agreement is considered to be officially ratified and becomes effective after seven days if no objections are filed on either side. 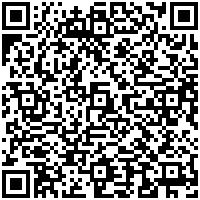