Lütfü Türkkan, a Turkish deputy from the Nationalist Movement Party(MHP), introduced on Monday a bill to the Parliament of Turkey which proposes recognizing Israel as “a terrorist state.”

Turkkan told the Turkish parliament that Israel was conceived in terror, in 1948, that Israel’s “attack” on the “humanitarian” ship the Mavi Marmara constituted terrorism and that Israel’s actions in this past summer’s war with Gaza were also acts of terrorism.


The far rightist legislator said that Israel deliberately targets civilians and that the reason the Arab-Israel conflict has not yet been resolved is because of Israel’s “terrorist actions” against Palestinian Arabs.

Türkkan gave a brief summary for why Israel should be branded a “terrorist state”:

Israel has intentionally targeted civilians in Gaza, killing mostly women and children. Most recently, on 7 July 2014, Israel launched a military operation in the Gaza Strip by air and sea, on 17 July, the operation was expanded to an Israeli ground invasion. The number of causalities has been increasing because of continued attacks. The State of Israel aimed killing children, senior citizens, and women living in Gaza; when this is taken into consideration, Israel’s crimes meet the definition ‘terrorism’.  It has become an undeniable fact that Turkey should recognize Israel as a terrorist state.

Türkkan’s MHP, or Nationalist Action party, is far right. It is currently the second largest opposition party in the Parliament of Turkey.

Turkish political commentator and social media expert Nehir Demirt explained to The Jewish Press that Turkkan’s bill is unlikely to ever become law. This is so despite Turkish President Recep Tayyip’s Erdogan’s rabid hatred for Israel, evidenced by his support for Hamas.

According to Korkut, who is a native of Turkey currently residing in Germany, Erdogan will not throw his large majority party, the AKP, behind Türkkan’s bill. This is because both party leaders are too egocentric to do anything to boost the other.

Korkut explained further that despite Erdogan’s strongly anti-Israel statements and sentiments, he is in favor of the strong trade agreement between Israel and Turkey, which was signed in 1995. Finally, as Korkut pointed out, if Erdogan wanted Turkey to name Israel a terrorist state, he would have introduced such legislation himself. Its introduction by a leader of another party virtually guaranteed that the proposed legislation will never become law.

Türkann’s bill is officially named “The Legislative proposal for the recognition of Israel as a terrorist state by Turkey. 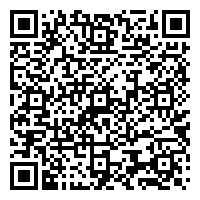