Sometimes it takes an Israeli politician to tell a rabbi about how precious a pair of tefillin can be.

Thousands of Chassidic rabbis are still trickling out of the Crown Heights section of Brooklyn in the wake of the worldwide Chabad Lubavitch movement’s annual international convention for its emissaries.


At least 5,200 of the rabbis from more than 80 countries around the world gathered for the 31st annual International Conference of Shluchim which ran for five days. The closing banquet was held Sunday evening at the South Brooklyn Marine Terminal, with Knesset Speaker Yuli Edelstein featured as guest speaker.

A former Soviet refusenik, Edelstein was sentenced in 1984 to three years in a labor camp.

Edelstein told the those at the banquet that for him, the pivotal moment in his life came when a guard in a labor camp tried to break his tefillin boxes over his knee. That, he said, was when he “lost it” and fought back — earning himself 15 days in solitary confinement.

“You would do the same if something so dear to you was being taken away,” Edelstein explained. It is ironic, he added, that today when no one is taking away tefillin, many Jews no longer know what they are.

“This is a different world, a dangerous world,” the Knesset Speaker said. “Less dramatic than being in a prison corridor with five guards,” but the mission of Chabad Chassidim remains the same — teaching Jews to know what tefillin and Shabbat candles are for.

It was for this purpose a small group of Chassidim embraced the challenge of the Lubavitcher Rebbe about 70 years ago, to become agents of transformation.

Today, some 4500 couples are dedicated to continuing that mission in 87 countries. “The Rebbe was looking to make radical change,” said Rabbi Moshe Kotlarsky, chairman of the conference committee and a leader at Chabad-Lubavitch world headquarters. This year alone, 400 new emissaries took up their posts and 200 applicants are pending.

“In tennis, love equals zero. But at Chabad of Wimbledon we say that if you want to raise a racquet, serve with love,” he said with a smile.

Rabbi Yehuda Krinsky, one of the Rebbe’s former aides and chairman of Chabad’s educational and social services division, noted the importance of the movement’s adherence to truth in Torah values, even above political correctness. 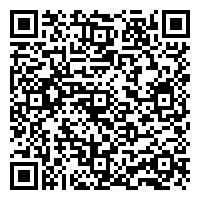